Rambling About Not Writing

I haven’t written anything in months. I’m not sure this is much better. 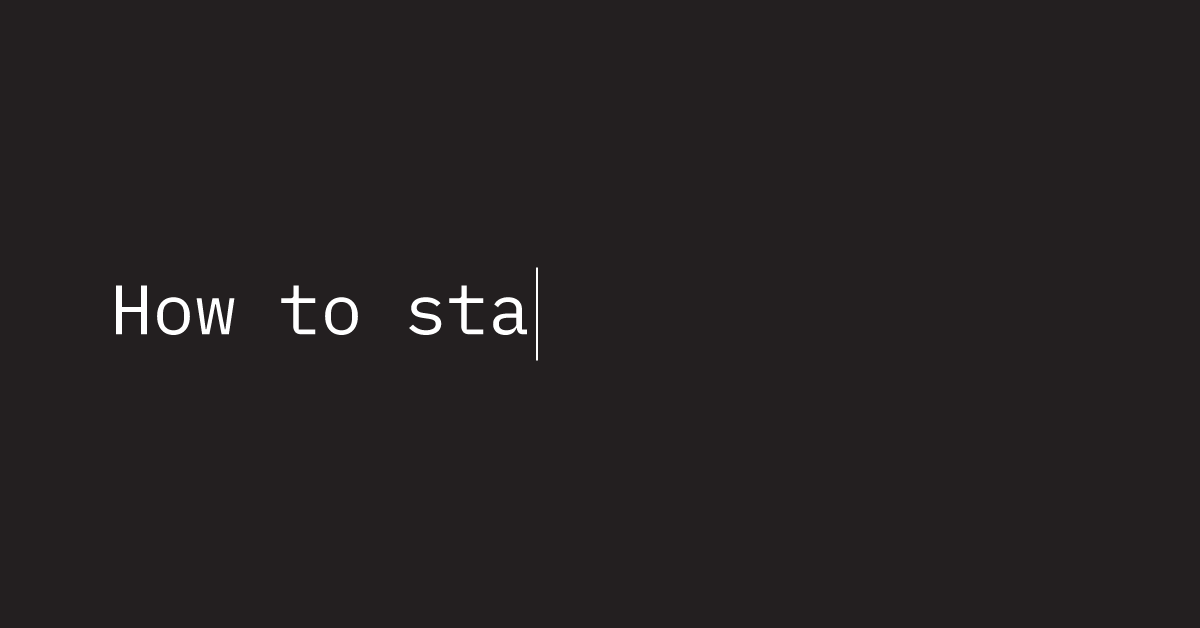 Rambling About Not Writing Originally written on June 8, 2022 and it will take about 2 minutes to read

I’ve started maybe 2 dozen blog posts over the past 18 months.

Everything from why choose clipless MTB pedals over flat pedals to death by 1000 cuts – how little things add-up to kill your website.

Some are left with a title, outline and some key points; others are nearly finished, but for one reason or another I abandoned them and left them to sit in stasis in my IA Writer sidebar.

So, here I am (again) writing a blog post that may or may not see daylight. What’s this blog post about? I think it’s just going to circle around how hard it is or isn’t to get started again.

Like I said, the ideas come easy, but when it got time to write or edit or finish, I just didn’t have the give-a-shit to keep going.

One reason could be that we had our first kid, a girl, last year. I don’t really think that’s the reason, but when given the choice to write or watch a miniature human discover bananas for the first time, bananas are gonna win every time.

Another reason could be the lack of focus. I’ve *almost* written things like:
– how to break down problems to the asphalt level
– how to install rock sliders on your truck
– why I suck at bike nutrition
– endurance is the entrepreneur super-food
– marketing sucks, here’s why

I’ve always bounced around mentally, but not having a company to worry about for the first time since 2012 really threw a wrench in my mental keyboard. Maybe this is how variety magazines got their start?!

So if a new distraction or lack of focus aren’t it, what else is there?

Maybe it’s just time. Time between doing something always requires a little rust to be removed, doesn’t it? Haven’t ridden your bike in awhile? Then throw some lube on that chain. Haven’t coded an email in bit? Then take a code refresher.

Perhaps it’s just a combination of all three. Yea, that’s gotta be it.

So dear reader, I’ll leave you with the ramblings of a has-been on why I, and maybe you, aren’t writing.

I guess that’s it for now. I’m going to go half-write a tutorial on installing a tongue and groove ceiling.

An archive of my thoughts on marketing and other things over the years.

Past, present and future things

Fizzpixel
My spot for bringing cool web businesses to life

WriteOwl
A place for creative writers to share their work

Casual Marketing Thoughts
Punchy takes from 1.5 decades in the trenches